One of the mysteries that surrounds tummy tucks is the fate of the belly button, also known as the navel, or umbilicus in medical terms. “Do I get to keep my belly button?” or “Can I get an innie?” is something that comes up in almost all tummy tuck consultations. Quite simply, patients do indeed keep their own belly buttons; it is the surrounding skin and tissues that are rearranged.

In order to explain how and why this happens we must first understand what a belly button represents. The belly button is a scar remnant from the umbilical cord, the structure that connects you to your mother during pregnancy, delivering all the necessary nutrients. It is essentially a stalk that starts on the skin and ends at the abdominal wall covering (fascia), at the point where the 2 rectus abdominis (sit-up) muscles meet in the midline. Aside from being your first scar, the main purpose of the belly button after birth is cosmetic and is one of the factors that helps to define normal abdominal contour (figure 1).

Early in the procedure the inner border of the belly button is held up and incised around its skin edges (figure 2) and dissected down to its base on the abdominal wall (figures 3). The length of the belly button stalk depends on the amount of fat between the skin and muscle. The excess skin and fat are retracted and the belly button is seen within the separation of the abdominal muscles (figure 4). The muscles are tightened (figure 5), the excess skin and fat is removed (figure 6), and the tightened skin edges are sutured together. The belly button stalk remains attached to the abdominal wall at its original location and is brought out through a new opening on the skin at a corresponding location on the abdomen (figure 6). Its edges are then neatly sutured to the new opening which is typically at the level of the hip bone protuberances (the anterior superior iliac spines in medical terms) (figure 7).

The final appearance of the belly button after a tummy tuck should look natural with an inconspicuous scar (figure 8). Although the belly button does not have an important functional role after birth, it plays a critical role in determining the success of any abdominal contouring procedure and requires great attention to detail. 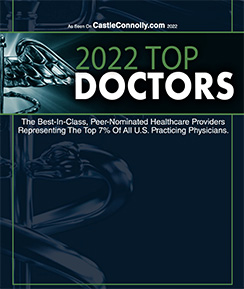